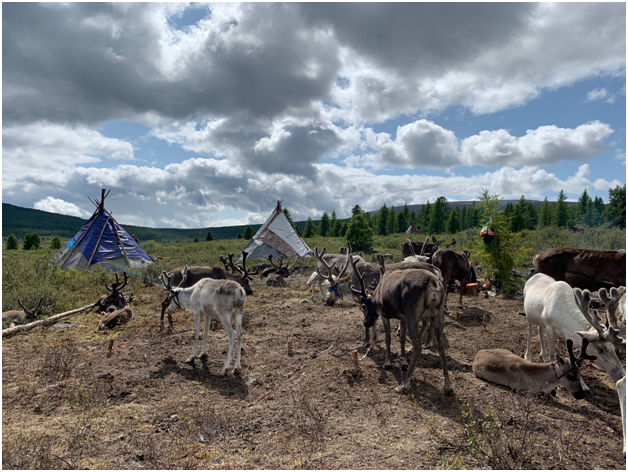 I just returned from a trip to Mongolia – one of the most unforgettable experiences of my life.  The people showed more generosity, hospitality and resourcefulness than I’ve ever experienced.  When we were with the Reindeer People in their camp, they gave us their teepees to sleep in which were their homes.  One of the nights we were there, it rained and the Reindeer men put their blankets on the ground and slept in the rain so we, the strangers in their midst from the West, could sleep protected in their home with a warm fire.  I was stunned and deeply touched when I learned this the next morning. 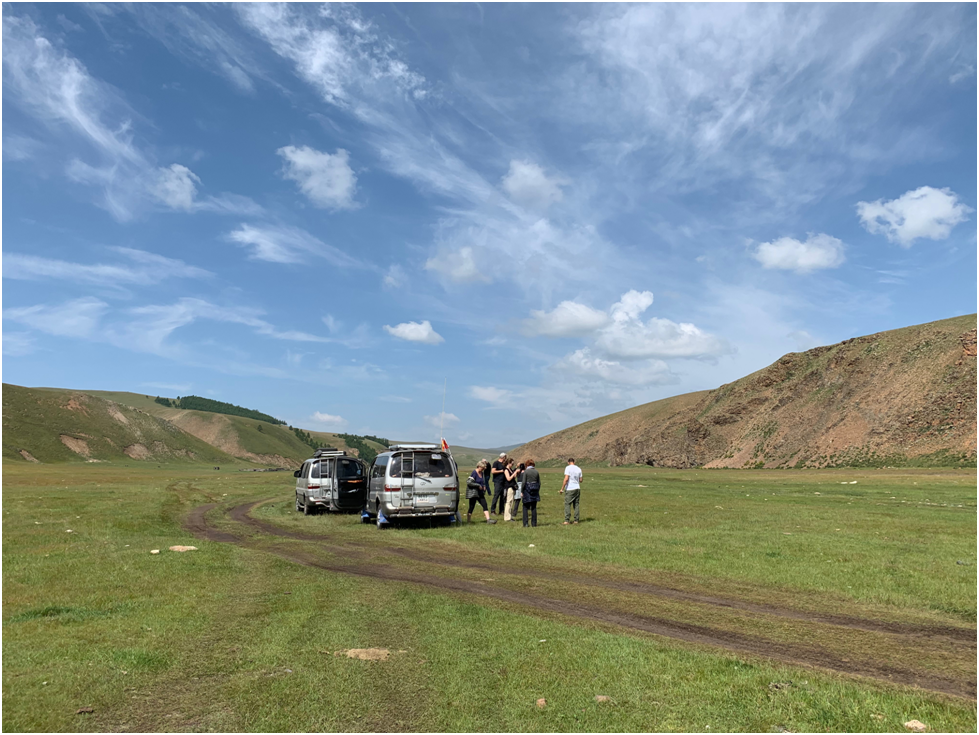 What impressed me most was the resourcefulness of the people we encountered.  One day at our base camp near the White Lake in the Taiga, when we were scheduled to take a day trip in the 4 wheel drive cars, we were informed there was no diesel and it was expected “tomorrow”.  Our guides knew that tomorrow could mean any day in the future.  They didn’t grouse about their plight or wonder why it happened.  They didn’t sit down to ponder the meaning of this circumstance or how it messed with their plans.  They took it in stride and without a second thought they started problem solving.  They contacted the people they knew in a nearby village and within a couple of hours secured a van big enough to hold all of us with a full tank of gas and its own driver.  The van showed up at our yurt camp and off we went.  The van stayed with us until the diesel arrived. 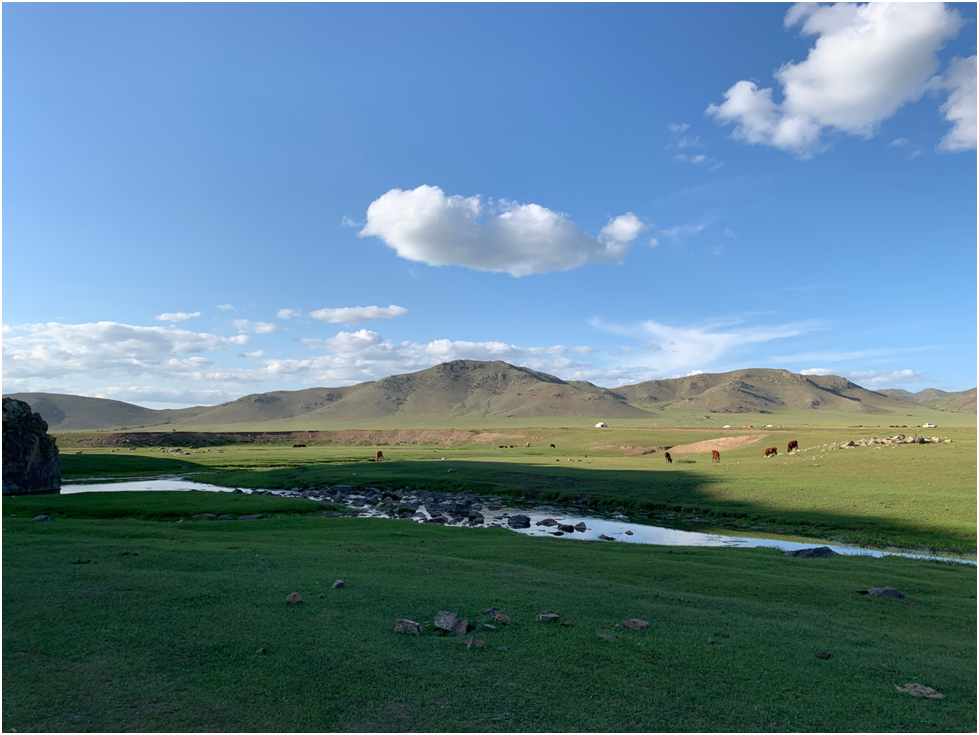 I saw this kind of problem-solving and resourcefulness on a daily basis.  One of the women in our group injured her ankle and couldn’t walk on it.  A couple of days later, a pair of crutches appeared that our guides said they had delivered for her.  Picture being miles from any major city in a part of Mongolia where there are no roads to speak of, just dirt tracks and miles of open land and nomadic camps.  I sure didn’t see any FedEx trucks!  How they got them, I have no idea.  It was one of the daily miracles of resourcefulness that I experienced.  I learned as the trip progressed that no day was going to go the way we thought and a new way was always going to be found through any obstacle or problem.  And it wasn’t the kind of resourcefulness that was based in fierce independence like we’re used to in America.  It was connected to community.  The Mongolian people all showed up for each other, knowing that they would also need help one day or another. 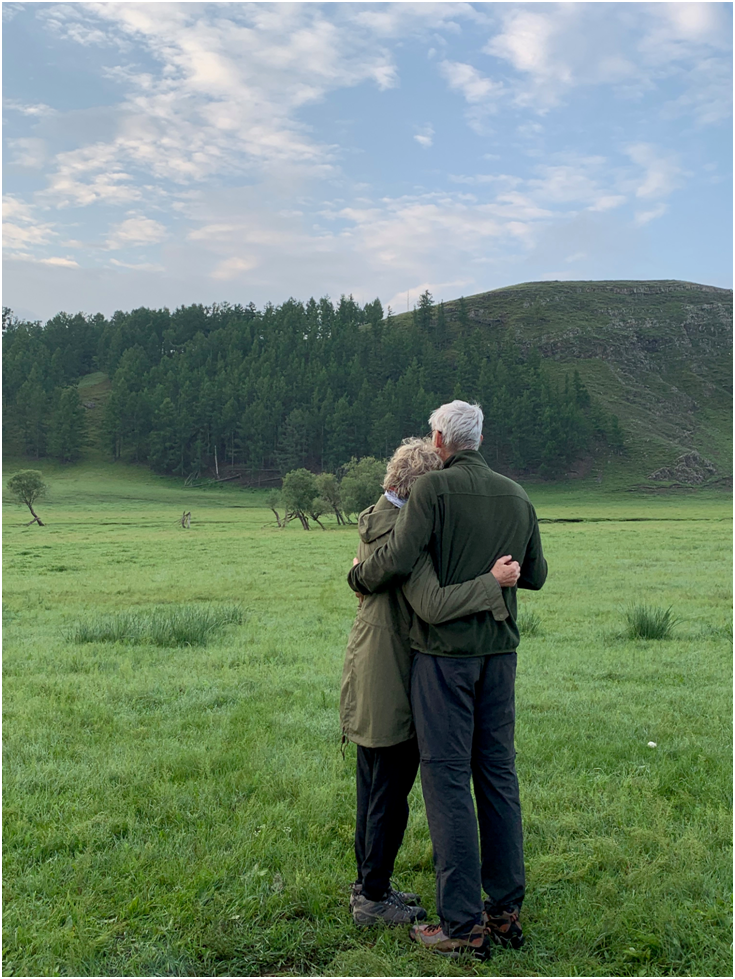 We have become so comfortable in the West with everything from uninterrupted electricity and clean water in our homes, to mail that arrives on time, Ubers that show up at a click on our phones, and regular weekly garbage pick up, we’ve forgotten how to respond well to those things that disrupt our lives.  We have taken for granted and come to expect that things will go as planned.  When they don’t, we grouse, wonder ‘why me’, and have any number of feelings about it that wastes energy and can make the problem worse.

So the invaluable learning is to stay connected to your community at home and at work. Adopt a paradigm of resourcefulness, and ask for and give help and hospitality when it’s needed.  Whether it’s a project at work, the promotion you’ve always wanted, raising your kids or a relationship, expect that things aren’t going to go as planned because they very rarely do.  Our Western lifestyle just gives us the illusion that they will.  When they don’t, embrace it, roll up your sleeves and problem solve.  When they do as planned, embrace gratefulness.  Life is an amazing adventure filled with miracles and the unexpected.  Remember how blessed we are in our first world lives, and that even though we don’t always realize it, we need each other.

Thank you to my Mongolian friends for an unforgettable adventure that took me to the heart of what matters most.

Sabrina Roblin, CPCC has been a professional coach, mentor, and trainer since 2004.  She has worked successfully with individuals and for corporate clients that include Cargill, Medtronic and Stantec. Contact her for more information and a complimentary coaching session.